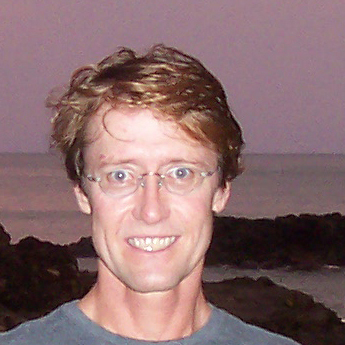 Flash forward from my first conversations on LinkedIn with Pete Herzog in 2010 to February of 2015, and one of the most persistent topics about Hacker Highschool: Should we be doing what we were doing at all? Were we training evil little script-kiddies, or maybe al-Qaida?

That whole line of thinking leads straight back to the problem of definition: “hacker” means something very different to the public than it does to the hacking community itself. Yes, we were in fact trying to bring young people into the hacking community, but no, we were not leading anyone to a life of crime. Far from it. Examples of ominous consequences are sprinkled liberally through Hacker Highschool, and discussion of exactly how visible you are when you’re doing inquisitive things.

The Hechinger Report tackled exactly this issue in the article “Should we train more students to be hackers?” by Chris Berdik, who defines it brilliantly (see links below):

For many people, the word ‘hacker’ conjures up shadowy criminals unleashing malicious cyber attacks. Beyond the headlines, however, there’s a whole world of hacking that has nothing to do with criminality and everything to do with becoming inventive, autonomous and more secure members of a society immersed in technology. Broadly speaking, these young hackers fall into two groups — security hackers, who learn how computer networks can be attacked in order to better defend them, and hackathon hackers, who compete in all-night coding binges to invent new applications and re-engineer hardware.

Notice that there’s no major third group called “criminals.” One way or another, it’s all about the engineering, about figuring things out and making things work and keeping things running. There’s a definite mentality here, maybe similar to aspiring chessmaster mentality or violin virtuoso-in-training mentality.

“It’s the hacker mentality,” and technology employers can’t get enough of it, says Glenn Norman, a network security consultant who teaches the subject at the University of New Mexico.

The whole reason I was into all of this was the grins I get when my students open a whole new set of digital eyes on the universe. But I could see, as my teaching career approached two decades, a long, steep decline in younger students. My security courses brought lots of mature network admins and developers, but fewer and fewer students under 30. Were high school students losing interest? Or were they, I began to suspect, being steered away? Consider:

As college hackathons proliferated, high school hackers started to filter into the competitions. Soon, they started high-school hackathons. One of the first was held in March, 2014, at Bergen County Academies High School in Hackensack, New Jersey. Jared Zoneraich, now a senior at the school, organized the all-night coding bash (hackBCA) along with other kids he’d met at college hackathons. Four hundred students showed up….

I think there’s plenty of interest, if the will can be found. I’ve worked on too many hiring committees in my consulting career seeking highly qualified and specialized people that I knew would eventually be hired on an H-1B visa. There’s a huge debate on both sides about whether there really is a STEM worker shortage, whether the US can or does generate as many tech workers as the enterprise needs, whether we really need to bring tens of thousands of tech workers from overseas when we have American workers training their own cheap replacements.

So I hooked up with, and then managed, Hacker Highschool, and promoted it locally and nationally. It was a time-sucker and I loved it. But it wasn’t sustainable for me.

Hacker High School’s founder, Pete Herzog, managing director at ISECOM, says that despite the curriculum’s popularity, it’s becoming too costly to support and update, and won’t survive much longer without corporate sponsorship.