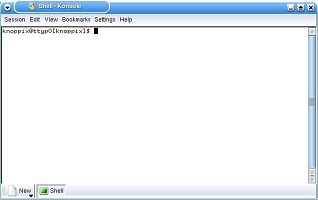 Bourne, bash and Korn allow you to have variables, just like any programming environment. In Bourne/bash/Korn, though, variables do not need to be declared. To create and assign a value to a variable, command:

To use the value of the variable later, use

The latter syntax is useful if the variable name is immediately followed by other text.

Display your variables with this series of commands:

You can create or set variables to new values simply by assigning a value:

To get the value back from the variable, place a $ before it:

If there is a space in the variable’s value, use double quotes to preserve them (and to allow them in the first place):

Often in scripts or commands, you’ll need to use environment variables in text without spaces. This can confuse the shell.

Remember the uses of the escape character \ .

If you refer to a variable that hasn’t been defined, the shell substitutes the empty string. Try this:

What do you get?

At the command line, type:

to see the environment variables available to you. Notice particularly the MAIL, PATH, HOME and LOGNAME variables, which can be useful in scripting.

To add permanent environment variables, edit the .bashrc or .profile file in your home directory:

and add your variable name and value:

Declaring and populating a variable makes its value available to the current shell process, but other shell processes you might be running would not be able to access them. To make a variable available system-wide, you need to export it:

Declare and export a variable.

Use echo to see if the variable’s value is available in your current shell.

Now open another shell and test with echo again. Did your variable export?

Another of many differences between Bourne and bash is that bash supports automatic variable export to subshells:

Variables present in the shell’s initial environment are automatically exported to child processes. The Bourne shell does not normally do this unless the variables are explicitly marked using the export command.
–http://www.math.utah.edu/docs/info/features_1.html

Create and populate a new variable. Do NOT export it.

Use echo to see if the variable’s value is available.

Sometimes you’ll need to protect variables in double quotes. This is usually important when your variable’s value either (a) contains spaces or (b) is the empty string. Consider this:

This script will return:

Why? Because the shell expands $X to the empty string. The expression [ -n ] returns true because it is no longer provided with an argument! See Order of Operations for an explanation; the short one is that the shell “got to” the variable first. Put your variables in quotes to ensure you get what you expect:

In this example, the expression expands to [ -n “” ] which returns false, since the string enclosed in quotes clearly is empty.

Dealing With Spaces in Variable Output

Note that if the value of a variable will return with embedded spaces, you need to protect it with quotes. Try this example now:

Here’s the point: variables should be protected with quotes unless you are sure that their value does not contain any spaces.

Sometimes in scripting you won’t know if a variable has been set, or if it’s non-null. You can perform variable substitution so that you can handle this contingency in code.